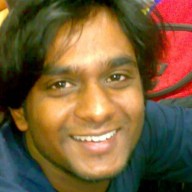 I am Vini – Vini The Pooh aka Niranjan. I am a little “sheep in the big city”. A self-proclaimed atheist, freelance writer and cartoonist; The latter two are an avocation as yet, but I believe they really are my medium. Oh, and I code for a living. :)

A better implementation of bead-sort

Bead sort (a.k.a Abacus sort, or Gravity sort) is a sorting algorithm that can sort a list of positive integers.
Belonging to a class of natural algorithms, It uses (/simulates) gravity to sort an input list.

The sort algorithm accomplishes this in three acts –

END_OF_DOCUMENT_TOKEN_TO_BE_REPLACED

1
by Niranjan Nagaraju in The Lair

Or what it means to be an atheist and what it ain’t.

So Why? (a.k.a Prelude)
Why indeed!
For a while, It had been my greatest fear that my atheism is just me taking my “being atypical in every way possible” a little too far.
Thankfully, Now I know better. Although, for what it’s worth, It might have even begun that way.
Not that it matters, anyway.

Or perhaps it were the oft-told stories of my Grandma when I was a kid, about Ramayana and Mahabharata and the like, that pushed me.
Either she was a bad story-teller or I was a very perceptive kid, but these stories always struck me as weird.

It seemed to me that the Gods, however bad, always get a free pass, but a demon or a demon-turned-human always deserves to pay for his “bad” deeds, almost always with his life. Never mind how good he had been or what had been his story.
Case in point – Ravana.
Always portrayed as a monster and an embodiment of pure evil, He deserved to die for abducting a God’s wife.
It shouldn’t matter that he treated her well, waited for her consent to wed her or didn’t so much as lay a finger on Sita or the fact that he had worked really hard to acquire God-like powers despite being born a mortal human being.
He was not born a God and he erred, Therefore he deserves what was coming.
I think I see how we share this emotion now. We are all indoctrinated to think that the Gods are rather personal to us.
He hears us, helps us and whatnot.
So naturally when a demon abducts a God’s wife, It’s considered rather personal and we empathize.

And to further drive home the point, Consider Ahalya
Notice how Indra disguises himself as Gauthama  rishi and proceeds to fornicate with Ahalya (or rape, depending on whatever version you subscribe to) and apparently suffers the worst punishment of all – A curse from the all-powerful Gauthama himself (Yeah, That was sarcasm), to have Indra castrated.
Strange how that was the last we heard of that. Nobody knows if the curse really worked or if Indra managed to redeem his testicles back.
So while Indra gets to survive, Ravana has people pissing on his grave.
Seems perfectly fair to me. (Cue the sarcasm sign)
Now I know there are apologists to Indra. I’ll have them know if they should take up an argument with me, I’ll play the Devil’s Advocate (Demon’s advocate?!) for Ravana, literally.

END_OF_DOCUMENT_TOKEN_TO_BE_REPLACED

4
by Niranjan Nagaraju in The Lair

For quite a while now, There have been words about pushing me into the “proverbial well“.
And I have begun to give some thought to it, lately.
Although not quite in the same sense.
My thoughts are more along the lines of “what if.. “;
You know, What if they find me a… What if I end up getting a… *GASP* …non-technical wife.